When it comes to road safety, young drivers—especially teens—pose a higher risk than adult drivers. In fact, according to the Insurance Institute for Highway Safety, they’re four times more liable to cause crashes and collisions than any other age group. That’s because there are some common mistakes that almost all teenagers make, as a result of which road accidents occur.

So if you want to avoid running the risk of causing life-threatening road accidents, you should avoid making the following mistakes:

The Contraptions of Distractions

Today’s youth and their attachment to mobile devices pose a great threat to their and everyone else safety. The situation is so dire that more than 11 teenagers die every day in the US just because they’re texting and driving! But texting isn’t our only concern. With every passing day as social media takes over our lives, the different apps add to the innumerable distractions that can prove to be fatal for teens on the road.

It’s understandable that teens are hot-blooded individuals who like to live on the edge. That’s because most teens are driven by their impulsive nature than strategic thinking. This makes teens more prone to taking risks while driving, putting them and the people around them in constant danger since taking risks is considered ‘cool’. Most teenagers do it actively and even as a result of peer pressure. As a result, they run into more accidents than level-headed adults.

The first thing they teach you at driving school is to keep your eyes on the road. However, teen drivers who’re perpetually tired, thanks to their unhealthy routines and irregular sleep patterns, tend to get shut-eye while driving.

Drowsy driving is highly risky. In fact, it’s just as dangerous as driving while drunk. So, it’s important that you get proper sleep and not drive while sleep-deprived.

The Need for Speed

The speed-o-meter is there for a reason, but teens are quick to disregard it in favor of speeding around town to show the neighborhood that they’re finally old enough to drive their own car. According to research, teens on average drive 1.3 mph faster than everyone around them. But it’s this need for speed that can get you in trouble. So it’s important that you respect the speed limit and drive safely.

At Champions Driving School we offer quality drivers’ education for both, teens and adults in Houston and Pinehurst. Signing up for our defensive driving classes can help you become a safe and more responsible driver. So get in touch with us today! 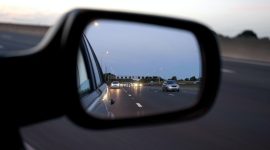 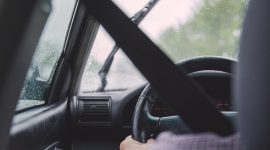