Nobody thought it would be half a decent idea to write a book about the seven habits of highly defective drivers, but that doesn’t mean they don’t exist. They do exist, and they’re host to some of the world’s most universally hated driving habits. While it’s a given that almost all of us have some bad driving habits (very few people are perfect drivers), there are some driving habits that top all others.

Want to know if you haven’t got any of these habits? You’ll have to read to find out!

Parking in Areas You Shouldn’t Park In

No matter what you do, there’s always going to be a car parked right in front of a NO PARKING sign. But that isn’t all. People park in places where they’re specifically told no park such as in handicap parking areas, curbs, red zones, so on and so forth. And no, just because you need to park only for “4 minutes,” doesn’t mean what you’re doing is any less illegal.

We get it, you’re in a rush. But so is everyone else. And unless you’re on a nationwide wild goose chase to catch the most dangerous serial killer who’s just broken out of a state prison, there’s really no reason you can’t wait for a few minutes at a signal. Even if there’s not a single soul on the intersection, make sure you’re stopping, looking, and then proceeding.

We’ve all been stuck on freeways where it was merging hell, free for all. People tend to cut and zigzag as if nobody else was waiting patiently in their own lanes. Cue honking cacophonies and angry drivers and you have a situation that could’ve been easily avoided if certain people had stuck to their own lanes.

Since we’re on the subject of being an ignorant and disrespectful risk to public safety, there’s the issue of cutting and weaving on clear roads. It’s not our fault you woke up late and won’t be able to make it to your meeting in time. You just can’t weave about and cut other drivers because that’s a potential hazard, and you might bump into any other car easily. More than merely annoying, this is dangerous behavior that needs to be checked.

Of course, tailgating had to be on this list. It is possibly the single most maddening driving habit that people have. You’re pissed that the driver in front of you won’t drive quickly enough, and so you drive bumper-to-bumper. Meanwhile, the person driving ahead of you is angry you won’t get off their tail, and they might slow down even further. First off, tailgating is a dangerous, reckless, and unadvised habit because you’re not following the driving rule 101: keep your distance. Not only can anything go wrong anytime, the driver ahead of you can brake test you—brake very suddenly causing you to swerve or crash into them in a split second—and that could land you in serious trouble. You might have to pay for damages, and you will definitely end up in the hospital.

Learn driving from the best in Pinehurst and Houston. We know speed thrills, but it kills. Come to us for some defensive driving training to last you a lifetime. 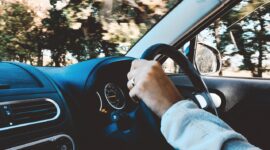 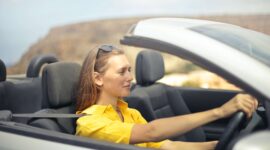